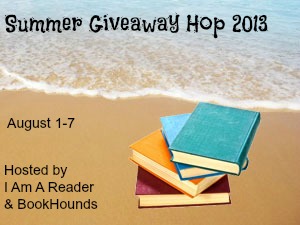 Who doesn't like to win? Okay, put your hand down, Debbie Downer. The rest of us are here for some prizes and fun. So, let's get right to it.

First of all, thank you for stopping by. I'm verra, verra excited to share my brand-spanking new release, Heart of Mercy, the second book in the Mercy Series. I know I'm biased, but it is action-packed, suspenseful, blended with a little romance. I'll let you judge for yourself:

Charlie Little exists in a dangerous world. Her best chance of survival is to disguise herself as a boy and guard her secrets well. Yet just when things can’t possibly get worse, they spin completely out of control.

With Zeke and her sister Star by her side and the fresh memory of Thomas’s kiss still on her lips, she narrowly escapes the horrid plans of Jonas Bannon, a monster of a human being. Forfeiting the safety of the community, they leave and begin the search for the city of Mercy, the one secure place Charlie knows. However, as she struggles to reach her sanctuary, doubts creep in that anywhere is truly safe. If the Draghoul don’t get them, the human scavengers just might, and the assumption Mercy is a place of protection could be the most dangerous risk of all.


Interested? Link to an excerpt here. Just don't forget to come back and enter the drawing.

Just in case you want to start with book 1, Edge of Mercy, I want to let you know that it is currently on sale for the bargain price of $.99. That means you could get both books for less than $5. Here's a little about EoM:

Charlie hides her true identity inside a community made up only of males, but her presence places everyone around her in danger. This community is surrounded by Draghoul, once-human creatures bent on infecting others. Left with no other choice but to remain, she fears her secret will be discovered, and she’ll be thrown to the creatures she dreads. Yet, the longer she stays with these survivors, the less benevolent they appear.

In this new and dangerous version of the world, where the friend beside you might be an enemy and an enemy might be your only friend, seventeen-year-old Charlie protects her baby sister and herself from grotesque monsters outside the community as well as human ones inside. Will the truth she discovers about her protectors save her or ultimately doom her to a fate worse than death?


And if you just need a taste to see if you might like this series, you can get "Mercy," a short story of about 30 pages that introduces you to Charlie's world. Oh, and it's FREE. 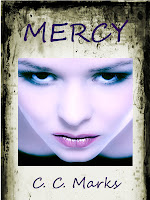 Charlie’s true identity is a secret, but her very presence places everyone around her in danger. With no other choice but to remain where she is, she stays with a community that might not be as benevolent as it appears. In this short dystopian romance where a friend might be an enemy and an enemy might be a friend, seventeen-year-old Charlie must protect her baby sister and herself from grotesque monsters outside the community as well as human ones inside. Will the truth she discovers about her protectors save her or ultimately doom her to a fate worse than death?


Around 9800 words. Part of a larger work titled Edge of Mercy.


All three can also be found at Barnes and Noble: "Mercy," Edge of Mercy, Heart of Mercy

Now, on to the good stuff: a Rafflecopter giveaway

And don't forget to look for more great giveaways on the list: