Please Welcome Amy Durham as She Shares her New Release--DUSK! 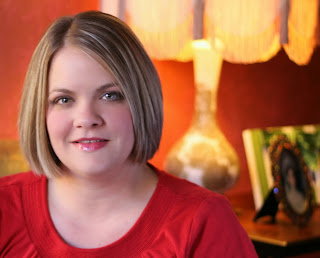 It's always a pleasure to have Amy Durham on the blog.  I'm especially excited to know more about Dusk, her latest paranormal young adult romance!  So, without further ado, here she is:

Thanks for the invitation to come hang out in your corner of the blogosphere! I’m always happy to meet new readers and writers!

I write young adult romance, with a bit of a paranormal twist. In DUSK, my newest release, Zoe Gray, high school senior, must work through a tragic season in her life and learn the power of forgiveness and second chances. There to help her is Adrian Shaw, hot new guy at school and biker-boy. But, as Zoe discovers, there’s more to Adrian than meets the eye.

In the following excerpt, Zoe is getting her first, up close look at Adrian. She’s at her locker, looking around for her best friend, Vivian. She finds Adrian instead.

Looking to my left, I saw Viv making her way down the hall. And then he stepped into my vision, blocking out Viv and the rest of the chaos in the hallway.
Umm, wow. He was even better up close. The ability to speak left me.
“Hey,” he said, and considering he was standing so close, I knew he was talking to me.
I looked up. Way up. He had to be over six feet tall. And looked straight into the most gorgeous set of baby blues I’d ever seen. The deep green shirt he wore today accentuated the color of his irises.
Black hair and blue eyes were totally hot together.
“I saw you yesterday,” he continued, unaffected by my stunned silence. “I’m Adrian.”
Adrian. It suited him. His name was just as beautiful as he was.
I should talk. Say something. Introduce myself. Wipe the drool from my chin.
“Zoe,” I squeaked, cringing at how stupid I sounded. “Zoe Gray.”
“Adrian Shaw.” He stuck his hand out, waiting for me to shake it.
I stared at his hand. He wanted me to put my hand in his, and even as I told myself it was just a simple greeting, the thought of feeling his skin against mine left me frozen.
Snap out of it! Act like you have a brain, not just raging hormones!
I gripped his hand. His fingers closed around mine, and everything inside me went still, calm… right. The noise around me stopped. The bustle of the kids in the hall faded away. And I found myself lost in the feeling of my hand in his, drowning in the way his eyes searched mine. 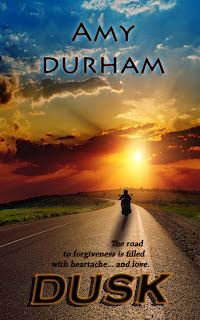 DUSK (blurb)
Zoe Gray lost her father... in more ways than one. Angry and bitter, Zoe spends the summer before her senior year of high school doing everything she can to forget, legal or not. But a close call triggers a reality check, and Zoe decides to put her life back together, a task that proves a lot harder than she thought.

Adrian Shaw shows up on the first day of school, creating quite a stir with his striking good looks and gleaming black motorcycle. But Adrian is much more than a "biker boy", and as Zoe discovers, he may just hold the key she needs to put her life back on the right path.

But as they do battle with evil forces that want nothing more than to destroy Zoe's chance at a normal life, will their feelings for one another make them stronger, or be the reason Zoe's happiness slips away forever?

And will Zoe learn to forgive before it's too late?

Available soon at iBooks and in print edition from Amazon.

Happy Writing and Reading!
Posted by Cherie Marks at 6:21 PM

Email ThisBlogThis!Share to TwitterShare to FacebookShare to Pinterest
Labels: Amy Durham, Dusk, Guest Blogging, New Release, Once Again, Once and For All, Young Adult Fiction